Throughout October, the municipalities of Ontario held local municipal elections, and many of them allowed their voters to vote online. According to the Association of Municipalities of Ontario (AMO), 217 of the 417 municipalities holding elections this year decided to implement an online or phone voting system, meaning some 3.8 million voters had the option to cast their ballot online. This marks an increase from the 175 municipalities that leveraged such voting technology during the 2018 elections and stands as another step forward in Ontario’s commitment to electoral modernization and innovation.

Overall, Canada has been one of the leading countries in online voting adoption over the past two decades, and Ontario specifically has been one of online voting’s greatest champions among the provinces. Online voting technology was first introduced by twelve Ontario municipalities in 2003 and has essentially doubled in every election since. 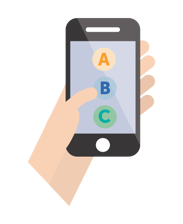 Most often, online voting is carried out remotely, meaning voters cast their ballots from their own personal devices and from any location, such as at home or the workplace. Occasionally, local governments will also offer online voting at designated polling locations and voter assistance centers where voters can use kiosks to cast their ballots online. It is also common for elections in Ontario to use multiple voting channels (including in-person paper voting, postal voting, and telephone voting), though municipalities are conducting 100% online elections with more frequency every election cycle.

Regarding voter experience, research suggests that online voting is often the preferred voting method, with over half of all voters using an online voting channel in both 2022 and 2018. Recent studies have shown that the implementation of online voting in Ontario Municipal Elections has led to overall increases in turnout by at least 3.5%. More specifically, and contrary to popular beliefs about online voting, middle-aged and older voters have historically been more likely to vote online in Ontario.

Scytl has a long history of supporting Ontario municipalities and has helped them modernize their election experiences since 2014. In 2018, Scytl’s online voting solutions were used by 900,000 voters and helped deliver accurate results in less than 10 minutes, on average. The 2022 Ontario Municipal Elections marked yet another successful collaboration between Scytl and an increasing customer base, with 1.2 million voters being eligible to cast their ballots with Scytl’s online voting solution. 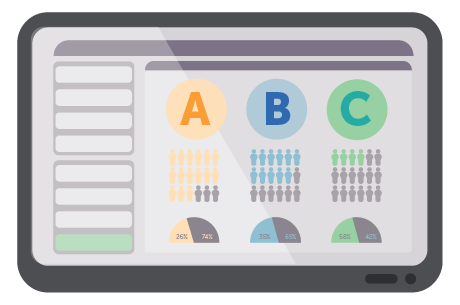 Other municipalities that partnered with Scytl, including Kawartha Lakes, chose to implement 100% online and telephone voting elections, completely modernizing their electoral process. In these instances, telephone voting was provided as an integrated solution with Scytl’s online voting system to provide further accessibility and convenience for all voters.

The City of Vaughan also witnessed the benefits of online voting, utilizing the technology for the first time during their fifteen-day advanced voting period. Over 36,500 votes were cast early online, accounting for over 60% of the total votes cast. These numbers translate to a 400% increase in advanced poll turnout compared to Vaughan’s 2018 election without online voting. Election officials knew they were in for an impressive turnout when, just halfway through the voting period, more votes had been cast online than had been cast during any advanced poll of the last decade, including 2010, 2014, and 2018.

Scytl’s online voting solution, Invote, offered municipalities a completely end-to-end verifiable election, meaning every step and process could be reviewed to confirm that complete security and integrity were maintained at all times.

Election officials and observers were provided with secure proofs that their online voting system was functioning accurately and properly, offering universal verifiability. Meanwhile, voters were provided with confirmation codes after casting their ballots which they could use to verify that their ballots had been correctly received by the voting servers. In many municipalities, voters were also given a unique QR code upon casting their ballot. Using the Scytl Verify mobile election app, these voters could scan the QR code, which would securely allow them to confirm that their voting choices were recorded correctly.

“End-to-end verifiability is an integral element of secure and transparent elections – giving voters added confidence in their voting systems. Scytl’s products and expertise were instrumental in our journey to achieve an end-to-end verifiable online election in the 2022 Markham Municipal Election.”

Board of Directors Elections Made Easy

Can I Introduce Online Voting in My Organization?

Preparing for Your Online Election